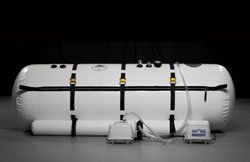 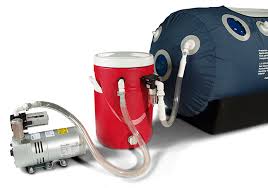 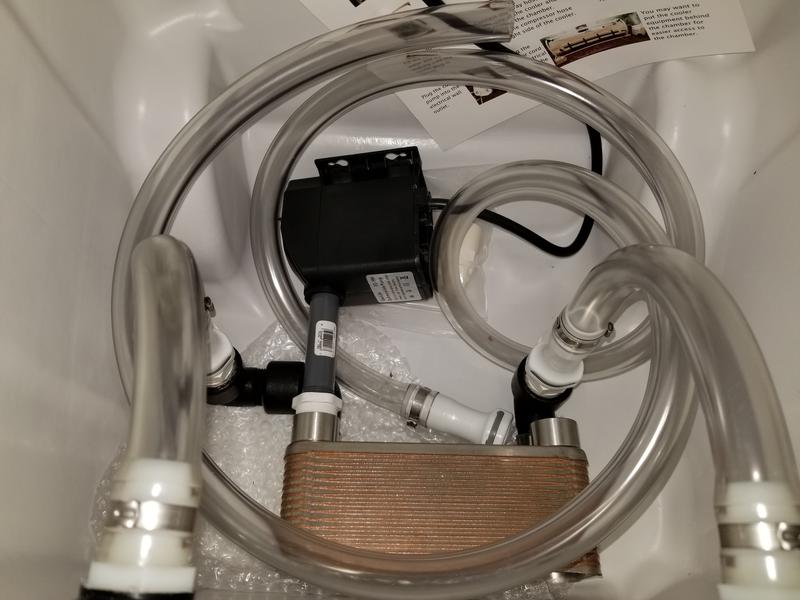 This is the open loop type cooler. It brings in outside air and cools it instead of recirculating the already cool air in the chamber that is already cooler (usually 20 degrees cooler) than the temperature outside the chamber. The closed loop type since it is that much cooler keeps the ice from melting that much slower.
The chambers that have 2 compressors and a closed loop cooler port can allow people to use an open loop and a closed loop for those that have 3 or more people where it would get really hot. With the chambers that have 2 compressors, its even possible to have 2 open loop coolers and a closed loop but that wouldn't be needed unless people were doing EWOT in the chamber and creating a lot of body heat and it was really hot in the room outside the chamber.
How the closed loop cooler works -
It has about 30 feet of copper coil that has 30 stainless steel plates that get to the same temperature as the ice water. The heat exchanger transfers heat to the water. The air is cooled to freezing temperatures or whatever the water temperature is. If I add boiling water then
the steel plates will heat up and blow super hot air.
As the air goes through the cooler and touches the surface area of the 30 plates, it will bring the heat into the water.
The closed loop cooler requires 2 plugs as it has dual pumps, one for the steel plates and one for the air that blows it through the plates.
Inside the closed loop cooler
without ice.
The metal thing is
the heat exchanger. The open loop type just has air pass through ice without a heat exchanger which makes the chamber stay much colder. 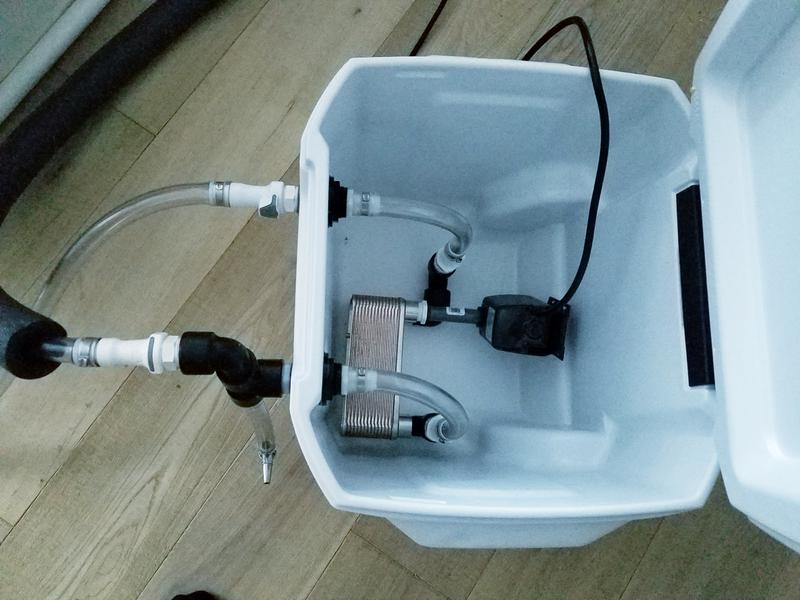 This is the condenser hose that collects the perspiration and humidity in the air to make the chamber less muggy. In humid states like Florida, in a single session it can fill up with "nasty" water that needs to be drained. I always keep a little bucket next to the humidity drain hose. It is very hard for me to do a full session in a muggy hyperbaric chamber. 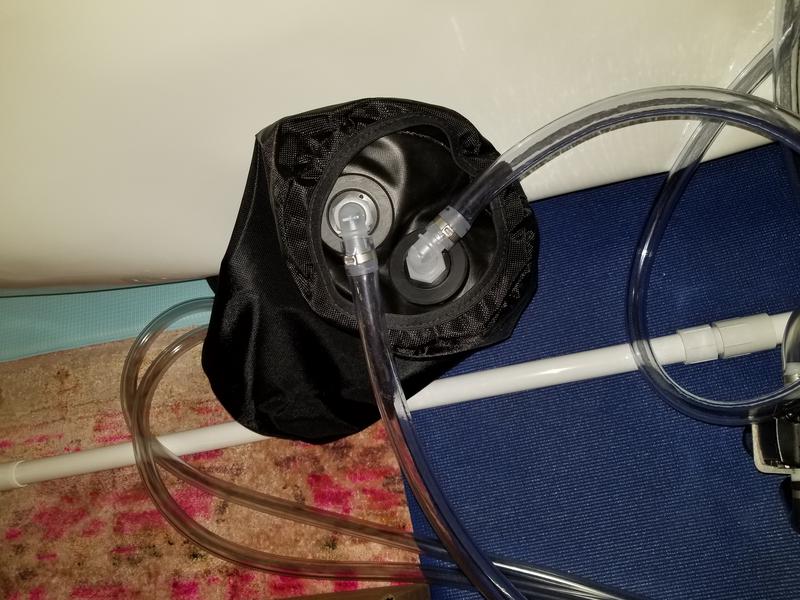 ​If the room is really hot the compressor will blow even warmer air.
This silencer/cooler helps reduce the temperature a few degree but this is mainly a silencer.
This makes the hyperbaric chamber whisper quiet.